Come and Join Us

At Calvary Chapel of Hilo

To Calvary Chapel of Hilo

Recently, I contacted an old high school friend of mine and discovered that in his spiritual life, communion had become a sore spot. The communication that followed, along with some other requests, prompted this article. Power and grace flow in this act we call communion. Power comes because the Holy Spirit is involved in pointing us to Jesus and helping us live right. Grace flows as we attach ourselves to His goodness. Let’s see if we can take some positions on the grace side of the fence.

First, many traditions exceed the authority of the Bible, thus victims of tradition abound. When Jesus began communion, His commands were to do it and to do it to remember Him. Some punish people by refusing to offer communion to them; however, it should not be refused to anyone who wants to remember Jesus. Never forget how Jesus treated Judas: Some churches limit administration of communion to special authorities or to special buildings. Jesus places no such limitation. Communion belongs to the people, not to the elite. Communion is for anyone who wants to remember and honor Jesus. The very life and action of Jesus proved that. This is why “common people” hear Him gladly.

Second, the very act of participating in communion identifies you with the Kingdom of God and symbolizes the continuing forgiveness of sin that Jesus offers. If in your heart you want to be His and are sorry for your own sins and wish to be cleansed of them, you have every reason to want to partake in communion. Communion reminds you that Jesus accepts you and “keeps on forgiving.”

Third, it is a celebration of what Jesus has already done, not what we have or are doing. That fact is the joy of the New Testament. Righteousness is beyond our achievements, so Jesus provided it for us by His death and resurrection. Now all we have to do is believe on Him, accept His grace and we’re “in.” This calls for a party! Yes, we call the party communion. Communion is the “Whoopee!” of living for God. I ache when I see churches turn it into some somber, sad moment. To remember the gracious, forgiving Jesus sets fireworks off in my heart. If anyone ever chooses to remember me, I hope they do it with joy and laughter. I think Jesus wants the same.

Fourth, communion is not a “reward” for having reached a certain age or joined a certain church. It is simply the memory having a party over Jesus. It is a declaration of whose side you are on. It is a smile that remains when all the rest of ourselves has disappeared (I borrow from Alice in Wonderland). Communion is for anyone who wants to say “I believe and I belong.” It is not limited to those in good standing in some institution or religion. Often people ask me at what age they should permit their children to participate in communion. My answer is simply, “At whatever age you want them to remember Jesus.”

Fifth, some churches practice what is called “closed communion.” They permit no one except members of their group/denomination or local church to partake with them. By this act they recognize only themselves as Christians. This is dangerously close to partaking “unworthily” which Paul warned against in 1 Corinthians 11 by not discerning or recognizing the body of Christ. How sad it is when people pull their cloaks around them and shut themselves away from the awesome, growing body of Christ in the world. How dangerous, too, since we drink “judgment on ourselves” when we do.

Sixth, I have been in conferences where some church officials of high standing were present. They were free to participate in all parts of the meeting except communion. I realized that this moment was a watershed. If they partook in any communion except from their own hands, they were admitting that others besides themselves were saved and had direct access to God. In spite of all the talk of getting together or calling us “separated brethren,” until they take communion officially from us, they don’t recognize us as Christians and they don’t recognize what we do as communion.

Seventh, people have asked me if we should let nonbelievers participate in communion and I have heard preachers urge nonbelievers to refuse to participate. Why would a nonbeliever want to participate, anyway? Who are we to tell them not to do it, anyway? Maybe this is the nonbeliever’s way of saying, “I now believe.” I have come to the conclusion that by the grace of God, I will never say “No.” I want to keep the hand of invitation extended. If we have the keys to the kingdom, let us use them to open up the door. Freely we have received, let us freely give.

Eighth, people ask how often we should partake in communion. Churches have even split over whether it was to be weekly, monthly, quarterly. I don’t know the answer to that. Jesus didn’t say. He only said that as often as we do it, do it in remembrance of Him. Maybe we should do it as often as we wish to remember Him. Hmmm.

Ninth, the “early church” in Corinth violated the use of communion seriously; so seriously that Paul warned them that they would be condemning themselves and that many of them had become sick, weak and had even died because of their misuse of communion. It was not because the wrong hands administered or because they let nonbelievers participate. Rather, it was because they were not recognizing who their brothers and sisters were. Paul told them to examine themselves; i.e., look into their hearts and see whom they were excluding from the kingdom or their brotherhood. Anytime we don’t recognize our brothers, we maim the body of Christ. Communion should be a time of repairing our relationships. One cannot “remember Jesus” without hearing Him say, “Love one another as I have loved you.”

Finally, communion rings the bells of our expectancy. It reminds us that Jesus is returning and we will do this again with Him at a great banquet. What a healing to our hearts! Hopefully you can now see that Jesus is God’s open door with a smiling, welcoming face. The table behind Him is ready. Welcome to the party! Let’s eat! 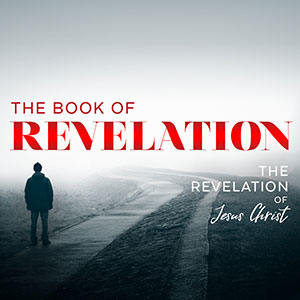 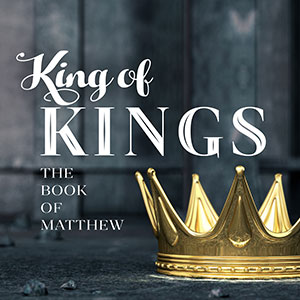 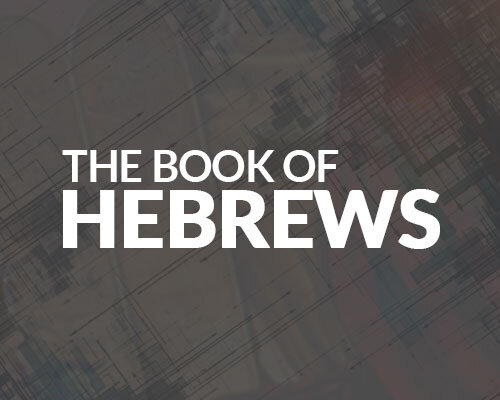 Embeded player for Kihl, you can listen to it at streaming.live365.com/a95022

"Now playing" may be off by a minute. 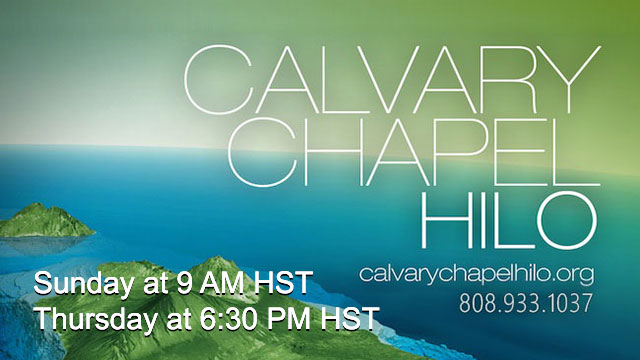 People around the world are searching for answers online. Many find hope through Search for Jesus. Would you join us to make a lasting impact for God’s kingdom and see lives changed by Christ?

At Calvary Chapel of Hilo, it’s our belief that giving is a matter of the heart and that each person should give according to what they believe the LORD has purposed in their hearts.